"The Mojo Burning Festival is a movement of music lovers and real musicians who aren’t slaves to the pop propaganda but a perfect fuel of talent, creativity and respect which burns the roof off this all killer no filler Festival".  LACHY DOLEY 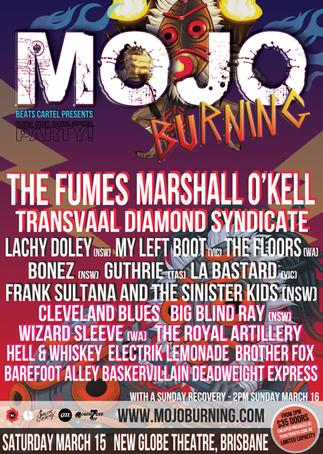 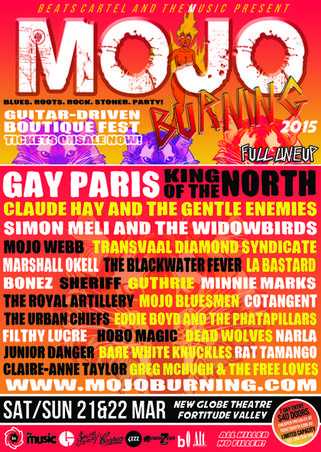 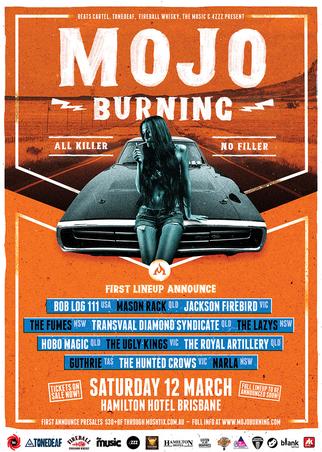 We're in the business of finding the best touring Blues, Roots, Rock and Stoner Rock bands this country has to offer.

From touring the country ourselves we've  tapped into a sick underground pool of bands  that you probably won't hear on the popular radio stations but are nonetheless awesome.

We need your help in getting the word out there.  Australian Blues-influenced Rock should not be forgotten by the mainstream.  There are so many bands playing all around the country and the World in this style.  Head to a show, buy some merch, share the events...